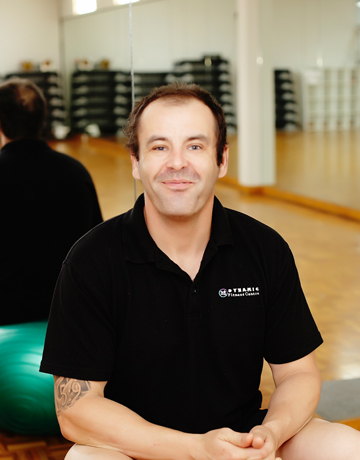 Born in Melbourne and raised locally in Echuca, Chris first began training at The Dynamic Fitness Centre when he was 15 years old. Mentored as a teenager by previous owner and founder, Kevin Brooke; Chris continued to stay in touch with Kevin & Ann, and maintain a connection with the fitness centre for the past 20 years.

After relocating from Echuca, Chris served with the New South Wales Police Force for 10 years and is the humble recipient of several commendations for valour, bravery and service.

In 2010 he was lucky enough to travel to Spain with another great mentor & friend, Lee Priest. Lee & Chris became friends when Lee offered to help Chris get back into the gym. It was then that the idea of helping both everyday people and serious athletes alike, became important to Chris.

An interest in massage developed from a desire to understand and attempt to rehabilitate his own injuries. Finding a balance between work and recovery was of great importance. Chris learned the key was a balance between strength training and recovery. Each person requires an individual approach to exercise and should be catered for accordingly. Working with sporting clubs and experienced sports trainers was an opportunity to learn and develop new skills and techniques, for treating and assessing pain and injury.

Chris is encouraging, honest, patient and driven, and he enjoys weight based training and encouraging people to get the most out of themselves. Some of his hobbies and interests include football, Martial Arts, motorsport, health and fitness.